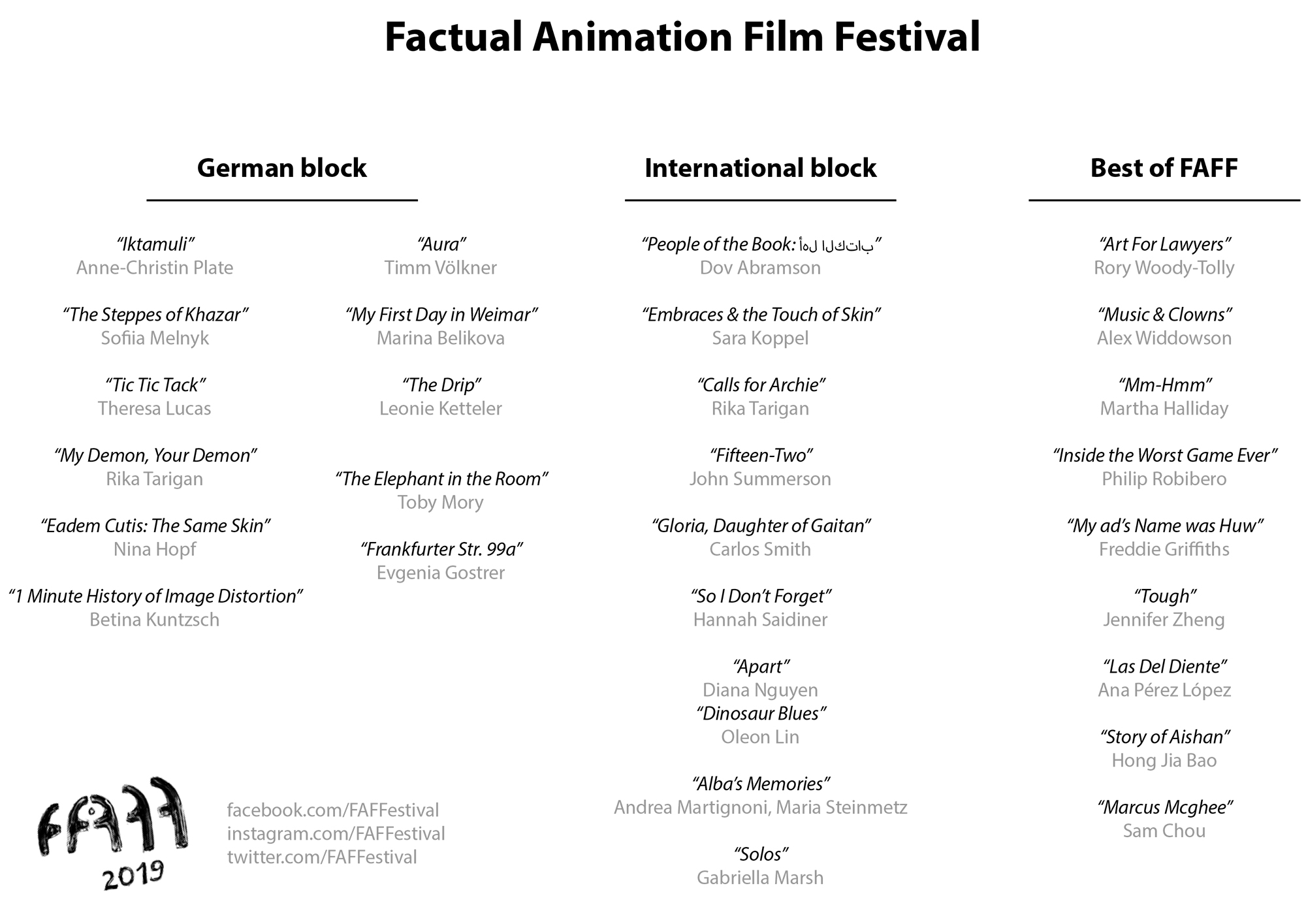 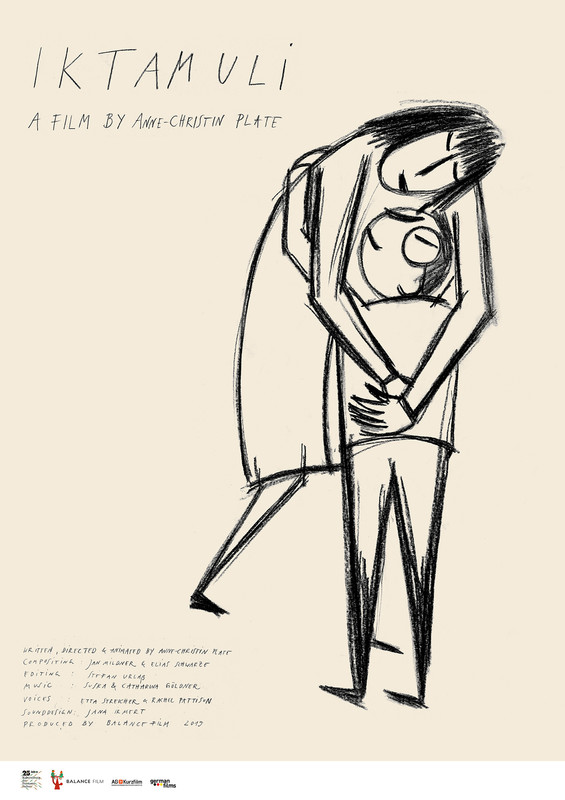 Iktamuli
Director: Anne-christin Plate
Duration: 5:28
Germany
The film depicts thoughts and feelings of a mother with her so-called mentally disabled son. While she moves with him through everyday life, her ambivalent feelings, her struggles to accept him as he is, get into her way. The story is told as an associative montage of scenes, following feelings and experiences of the mother, as we listen to her inner monologue.

The Steppes Of Khazar
Sofia Melnyk
Duration: 6:49
Germany
The fate of the Khazar people, as it is told by their conquerors – loosely based on “Dictionary of the Khazars” by Milorad Pavic. 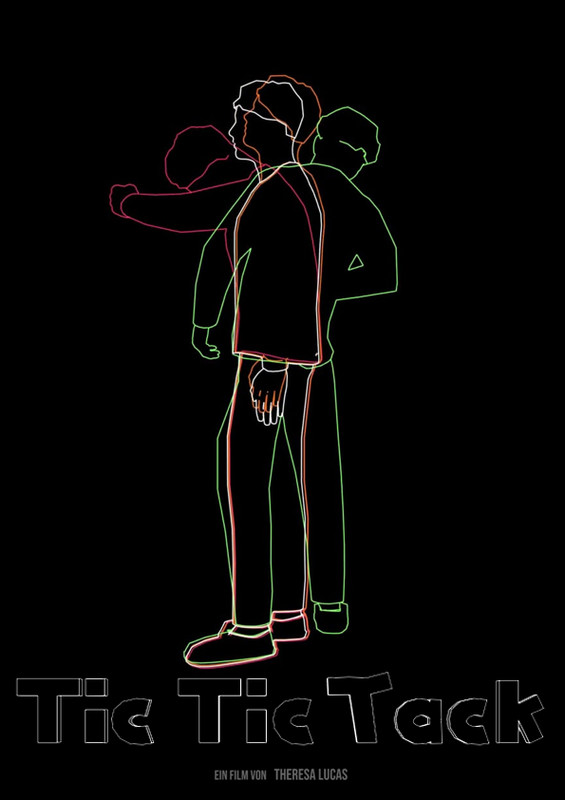 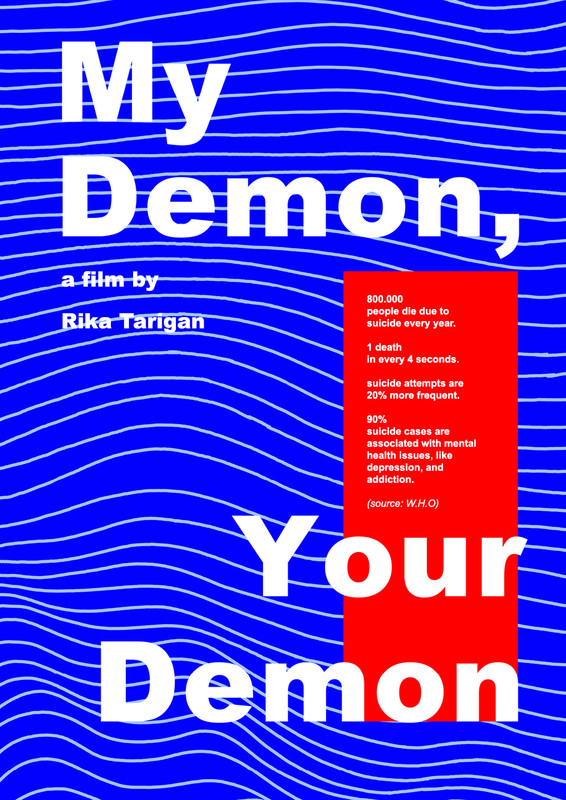 My Demon, Your Demon
Director: Rika Targarian
Duration: 9:38
Germany
Demons are not monsters. Demons are anything that make our life difficult, like depression, anxiety and addiction.

“My Demon, Your Demon” is an animated documentary based on the interview between the director and 11 individuals from different backgrounds that she met from online platforms to reflect on mental health awareness issues. 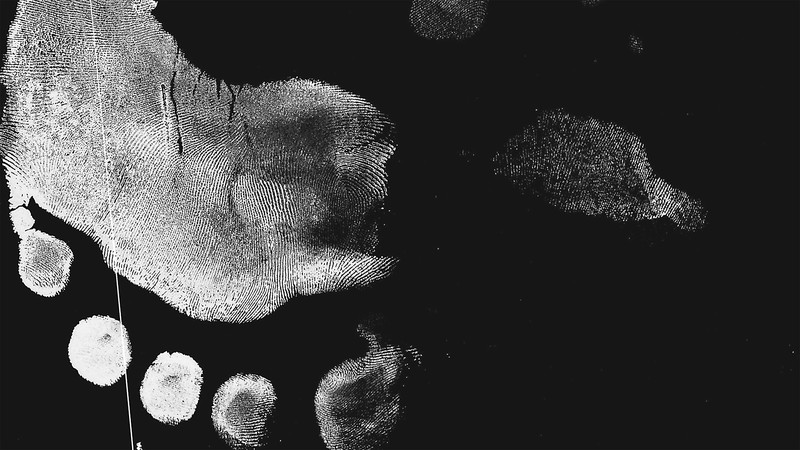 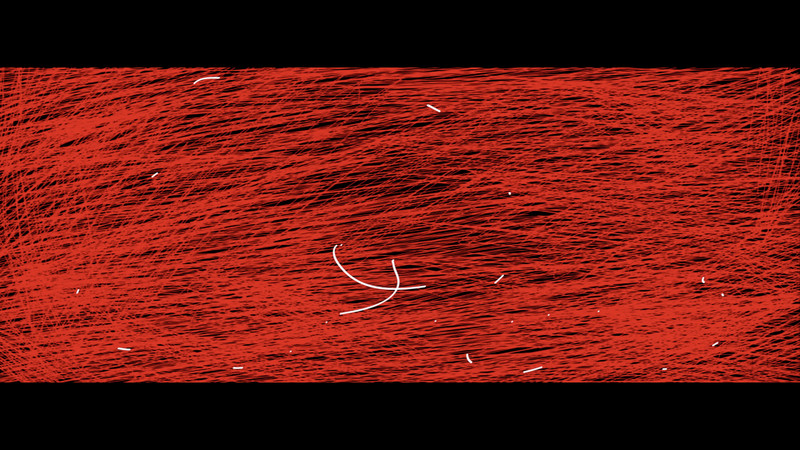 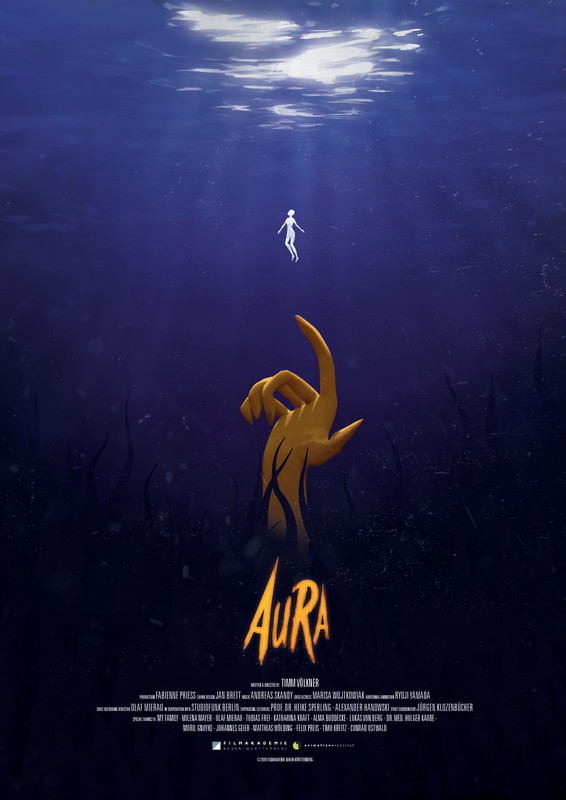 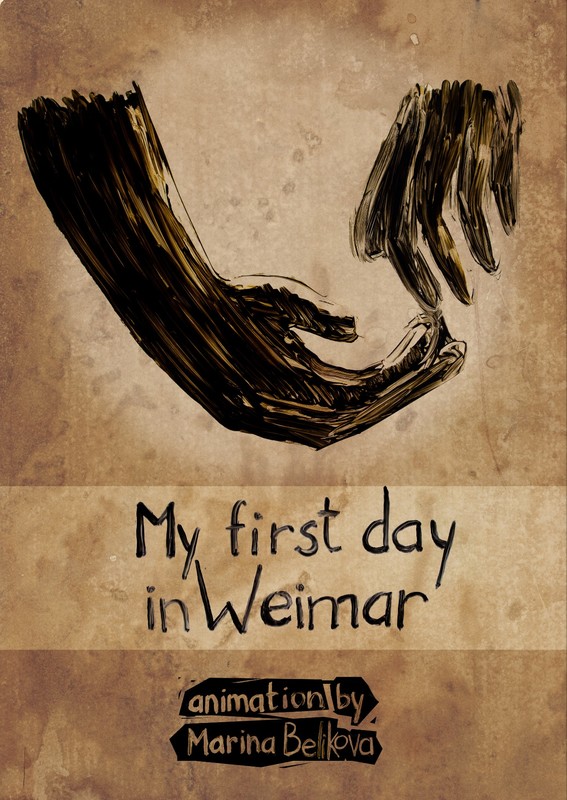 My First Day In Weimar
Director: Marina Belikova
Duration: 01:48
Germany
A documentary animation, based on the story by Ludwig Müller, who also did the voice acting. The work was created in 2014 during the Bauhaus University course “Animated memories”. 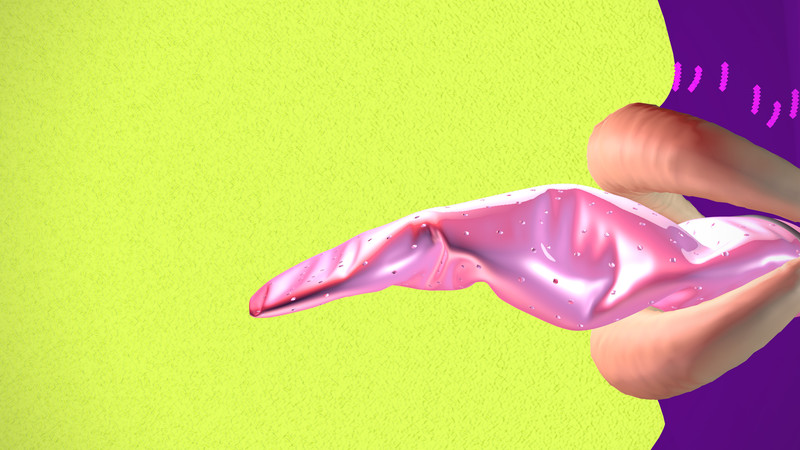 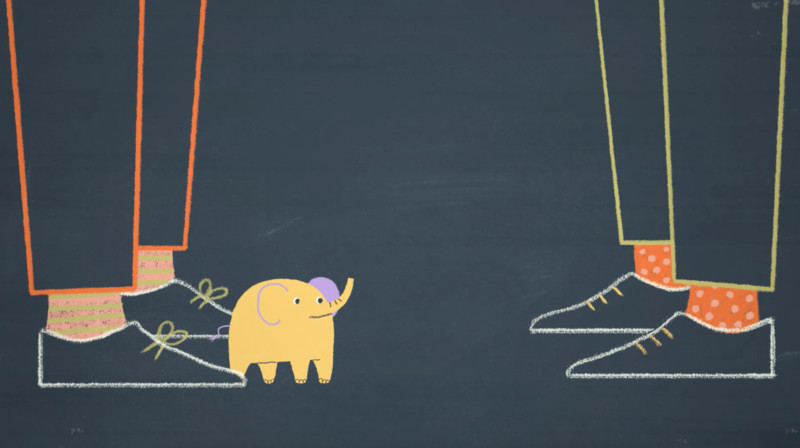 The Elephant In The Room
Director: Toby Mory
Duration: 1:48
Germany
How educators in day care centers can recognize whether parents cannot read and write properly, and how to address them, one can learn with two videos on the subject. “The Elephant in the Room” is the second episode of the mini series realized as part of a German-wide campaign initiated by the Stiftung Lesen. 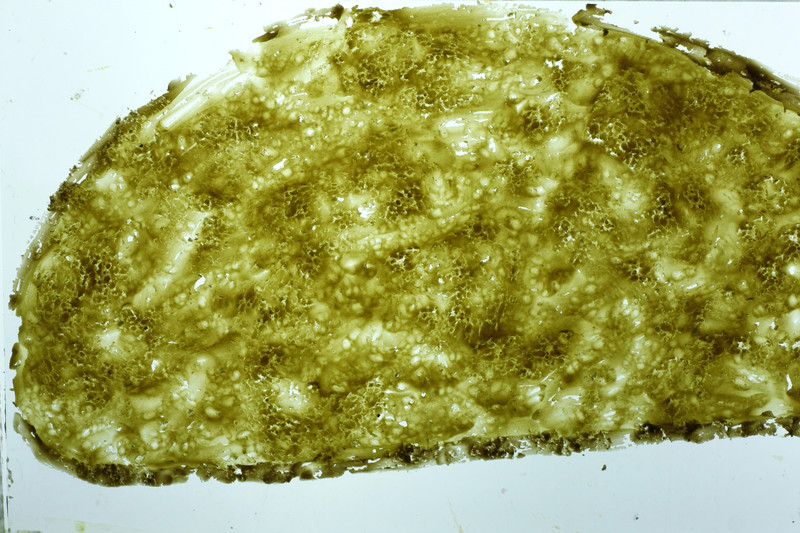 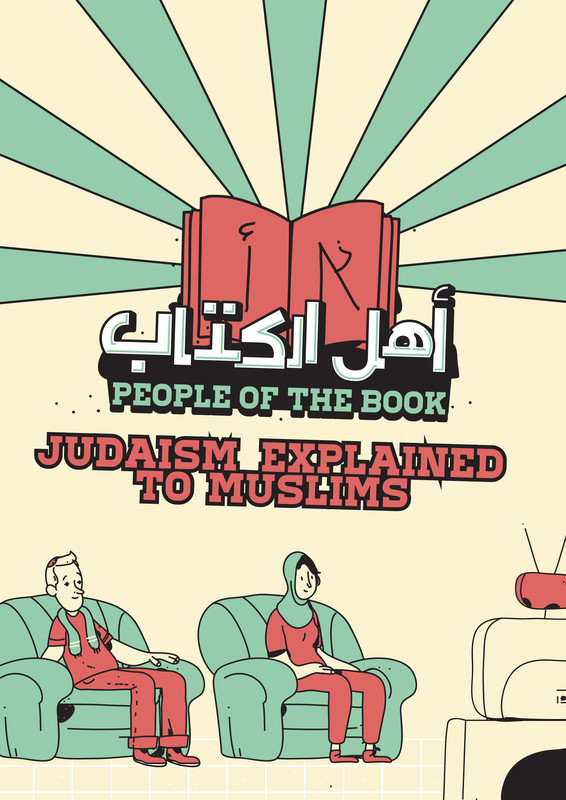 People of The Book: أهل الكتاب
Director: Dov Abrasivo
Duration: 15:16
Israel
A series of animation shorts explaining basic Jewish concepts in Arabic to the Muslim world, as an attempt to create a bridge of understanding between the two cultures. 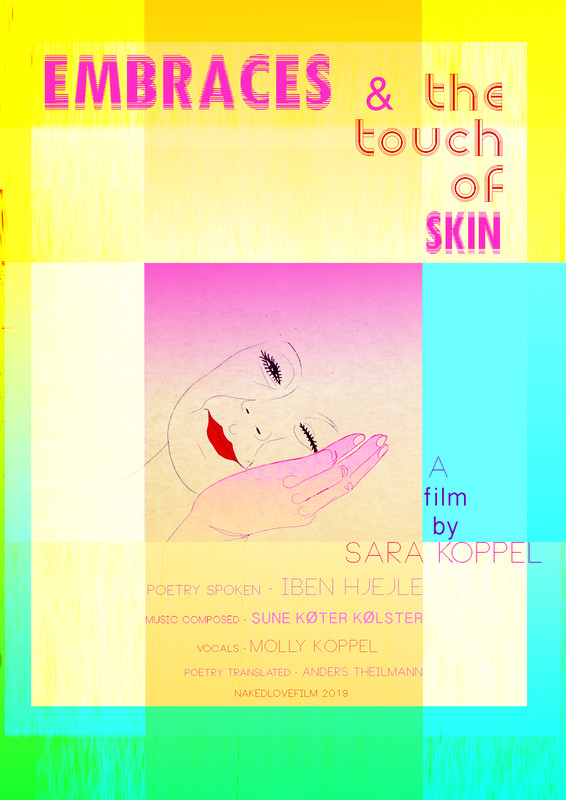 Embraces & The Touch Of Skin
Director: Sara Koppel
Duration: 2:42
Denmark
“EMBRACES & the touch of skin”
is an animated poem about the vital need for embraces and contact with other beings.

Calls for Archie
Director: Zach Christy
Duration: 4:35
USA
A man gets mysterious calls for years and tries to understand why. 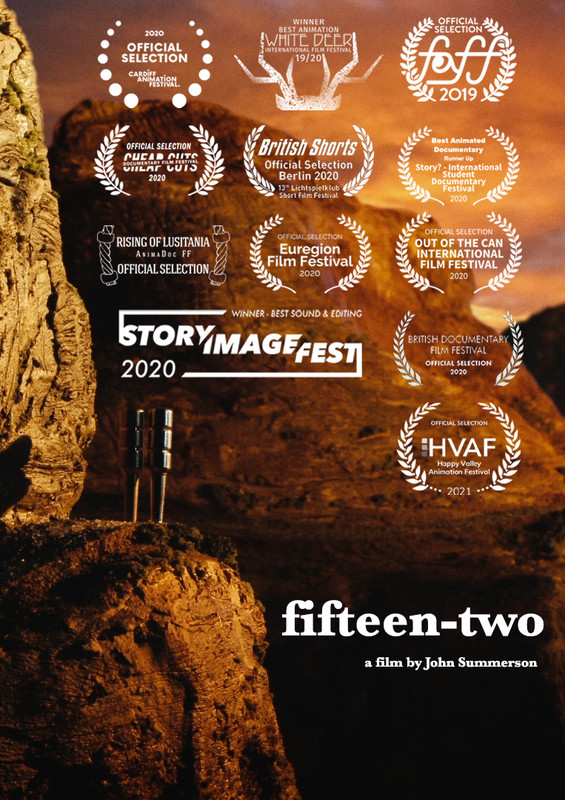 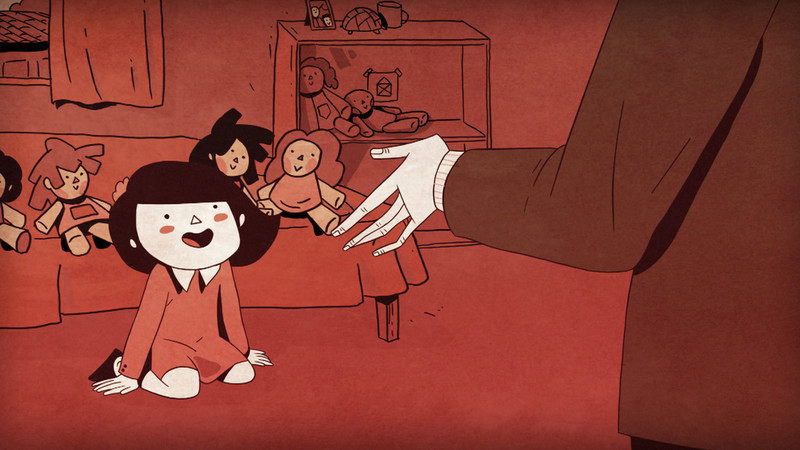 Old Folks’ Tales, Gloria, Daughter Of Gaitann
Director: Carlos Smith
Duration: 5:23
Colombia
Gloria Gaitán, daughter of an important Colombian social leader, tells us how her relationship with her father was and how she lived the moment he was murdered. 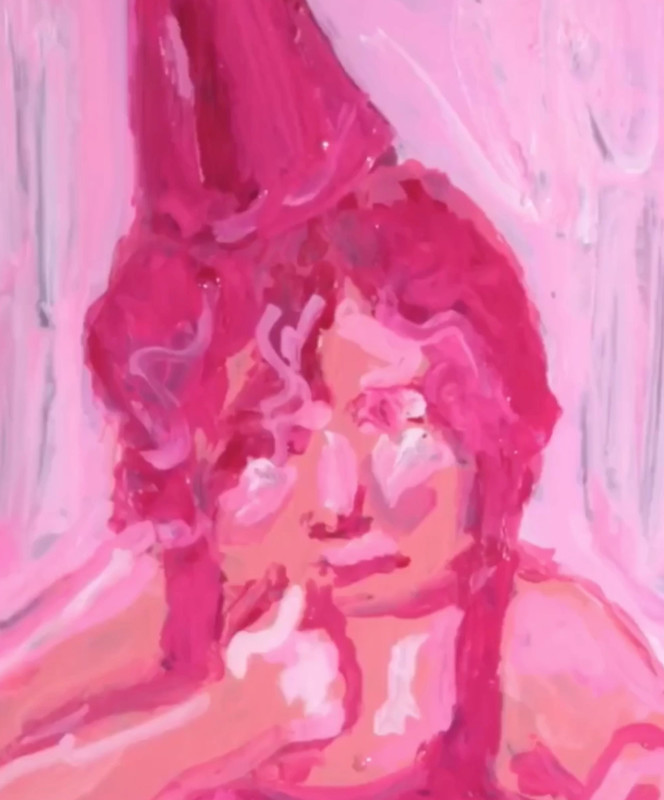 So I Don’t Forget
Director: Hannah Saidiner
Duration: 5:00
USA
A short animated documentary reminiscing on and recreating memories from family photographs. All shots done with physical photographs and a mix of gouache/acrylic paint. 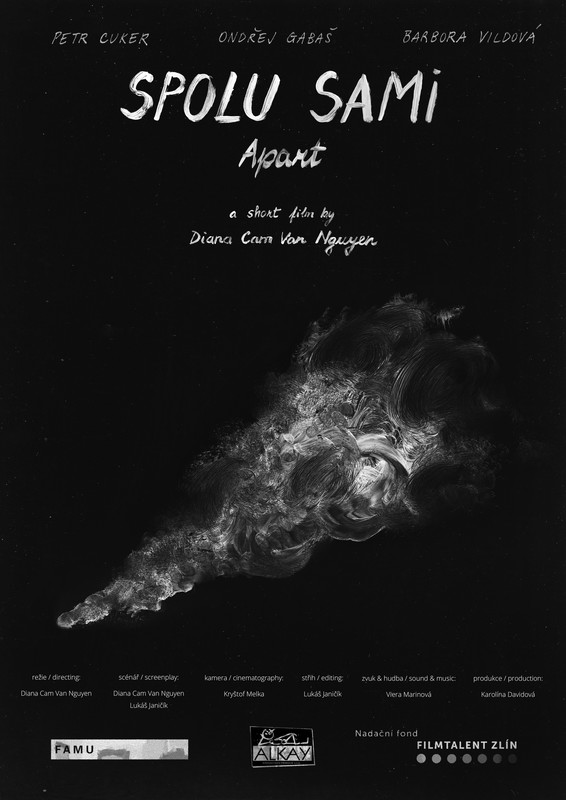 Apart
Director: Diana Nguyen
Duration: 10:00
Czech Republic
This short film about life after the loss of a loved one deals with a difficult topic, using techniques of both live-action and animated film. Real experiences of the narrators are combined with animated sequences reconstructing painful situations, looking into the thoughts of three young people untimely exposed to death. 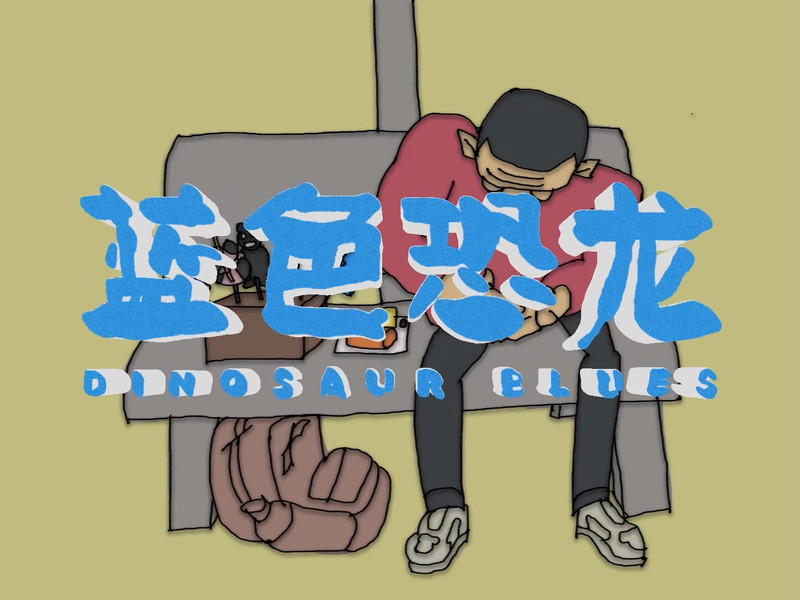 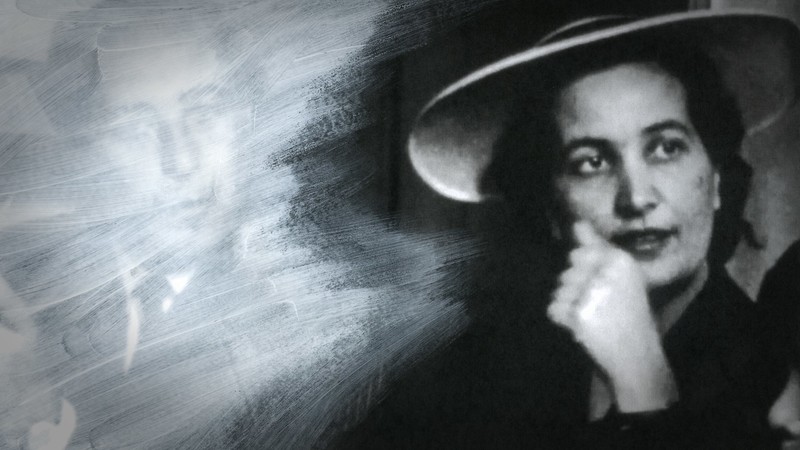 Alba’s Memories
Directors: Andrea Martignoni, Maria Steinmetz
Duration: 6:20
Germany
Alba remembers how she felt in Love with Pierino, friend of her brother, in the early fifties in Italy. 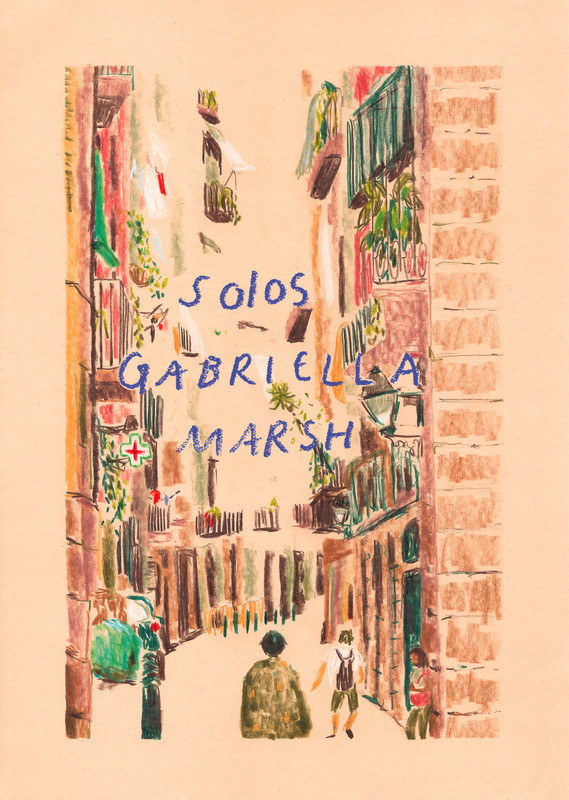 I was trying to capture the feeling that I had when I first moved to Barcelona in 2012. Everything was new and weird and I just wanted to take the time to observe it all. Animation as a medium doesn’t tend to permit a spontaneous way of working because it’s such a slow process but rather than fight against that I’ve tried to make a film that reflects the sensation of drawing from life. All the characters in the film are from sketches that I made when I was living in Barcelona. A drawing isn’t a photo, it doesn’t give you all the information, when I look back on my sketches I can see what I chose to focus on and omit. It’s like a glimpse into the consciousness of whoever made it in that precise moment. 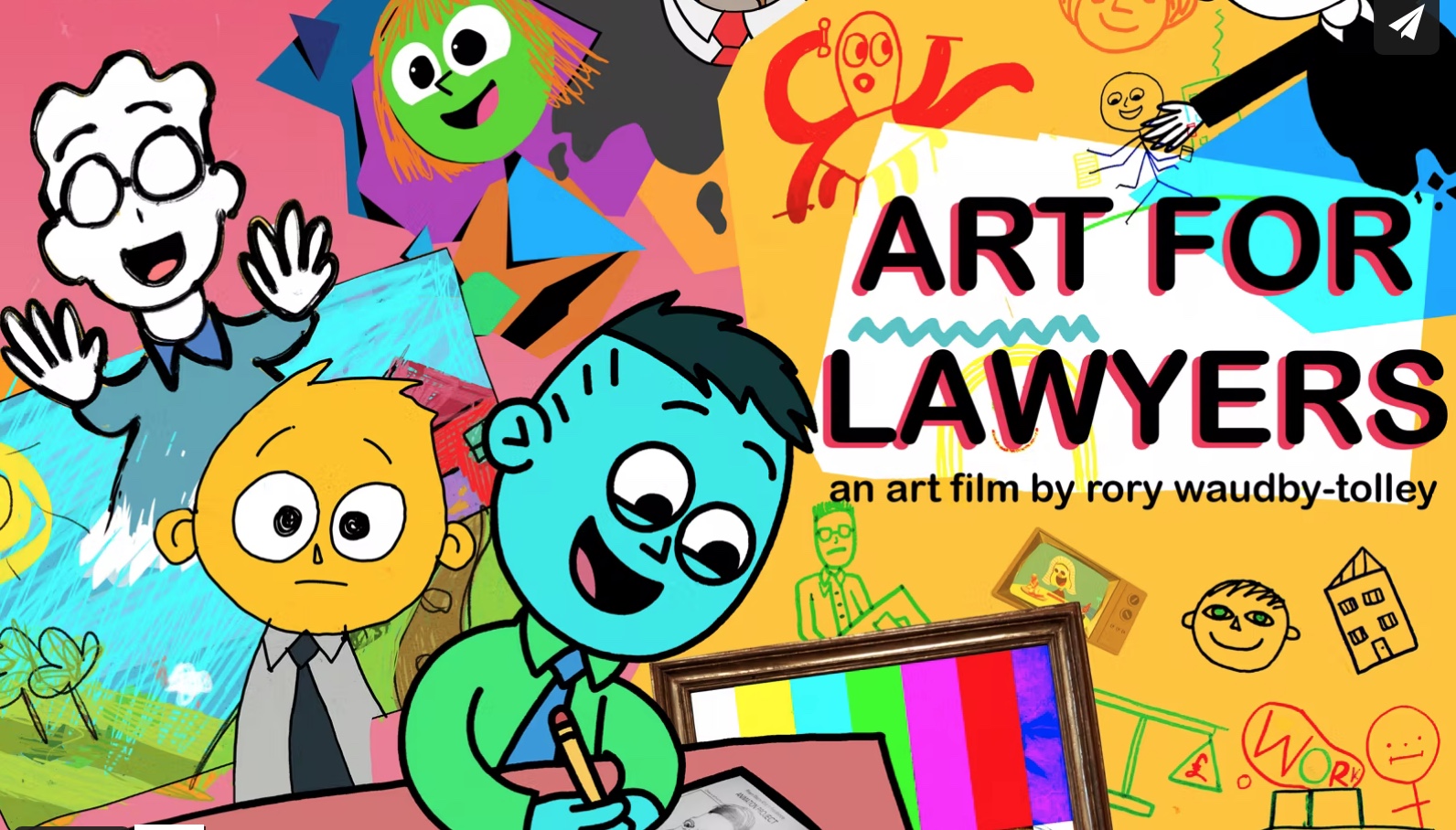 Art For Lawyers
Director: Rory Woody-Tolly
Duration: 08:58
UK
Art For Lawyers is a 9-minute animated documentary, completed as part of an artist residency at the international law-firm Pinsent Masons. 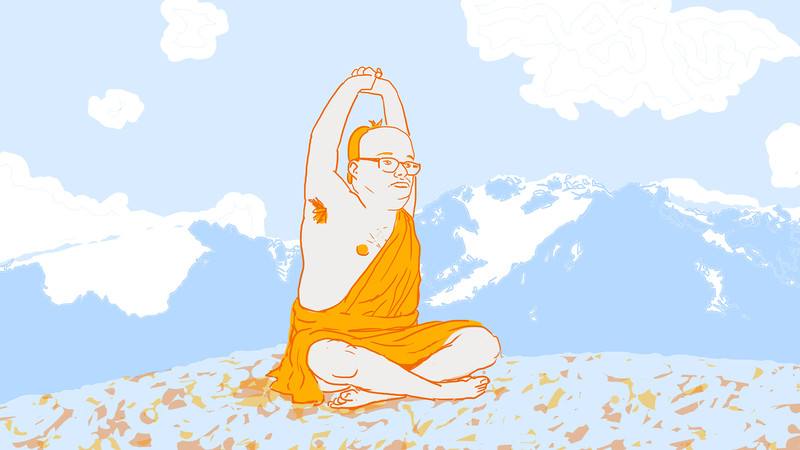 Music&Clowns
Director: Alex Widdowson
Duration: 7:23
UK
Despite being close to nonverbal my brother is funny, charming and perceptive. I discuss with my parents what it was like raising a child with Down syndrome. Our speculations about his inner life reveal as much about our own subjectivity as they do his.

There is a critical under representation of the ordinary and diverse lives of people with Down syndrome. As prenatal testing advances I feel an urgency to provide insight for people making a life changing decision regarding whether or not to raise a child with Down syndrome. 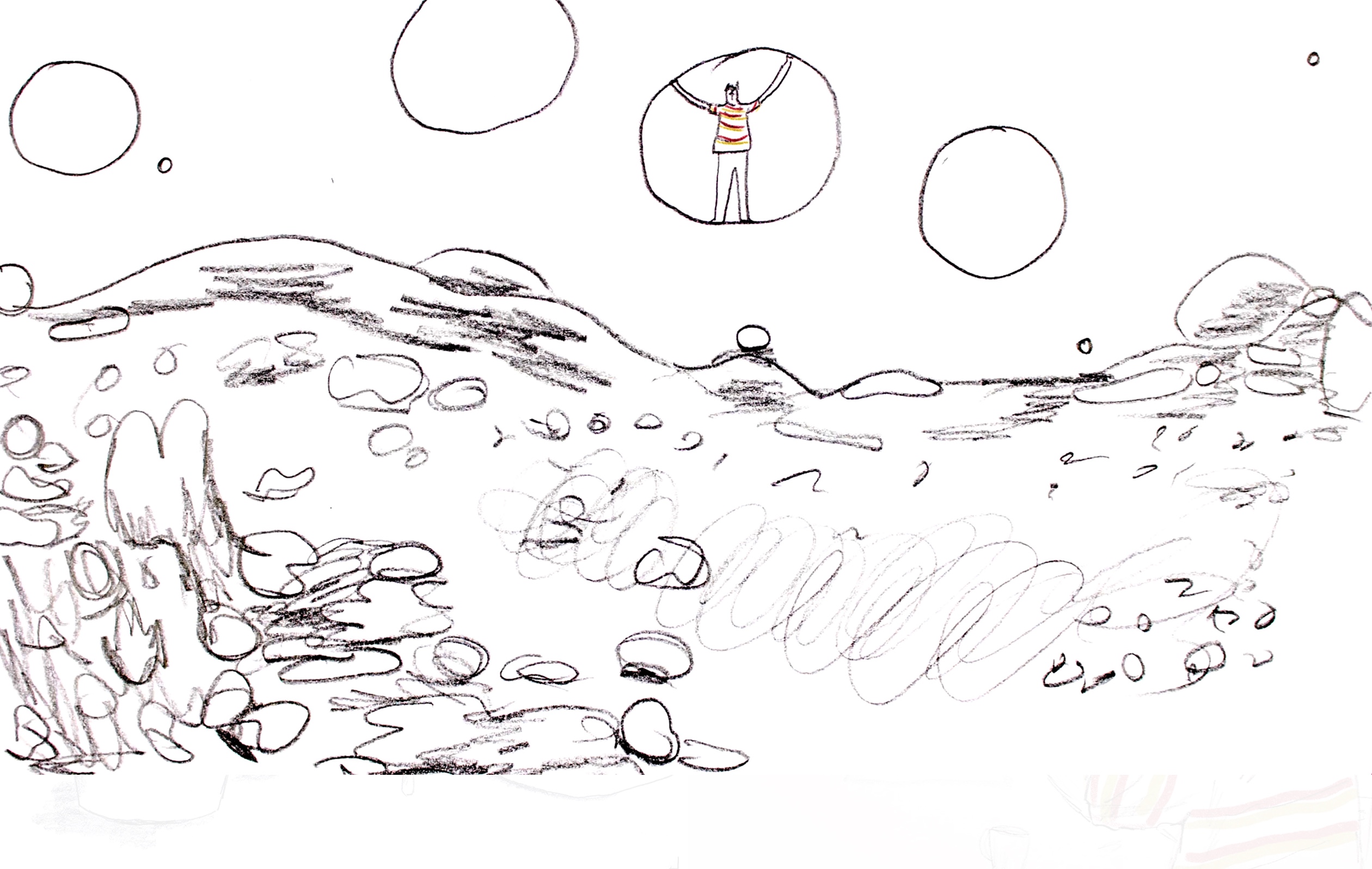 Mm-Hmm
Director: Martha Halliday
Duration: 02:09
UK
A film about the stability a carer provides for someone on the Autistic Spectrum.

This film explores the anxieties a mother has about her son’s future, where society fails to provide adequate, reliable or appropriate support for adults on the Autistic Spectrum.

Inside The Worst Game Ever
Director: Philip Robiero 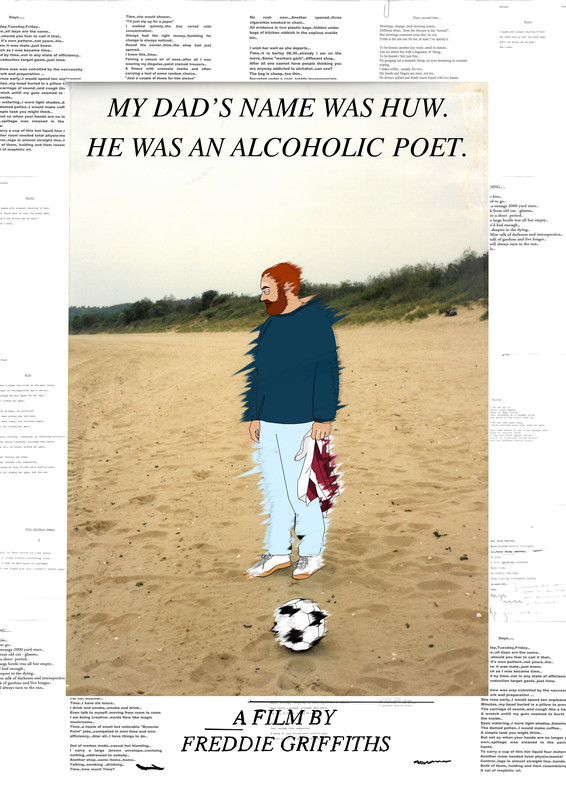 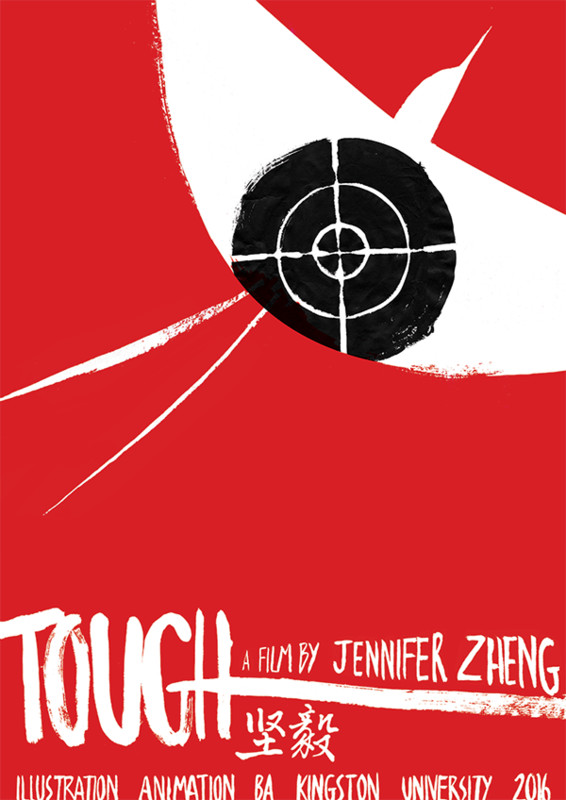 Tough
Director: Jennifer Zheng
Duration: 4:49
UK
Some things can only be understood with maturity.
New light is shed on childhood cultural misunderstandings when a Chinese mother and her British born daughter speak as adults for the first time. 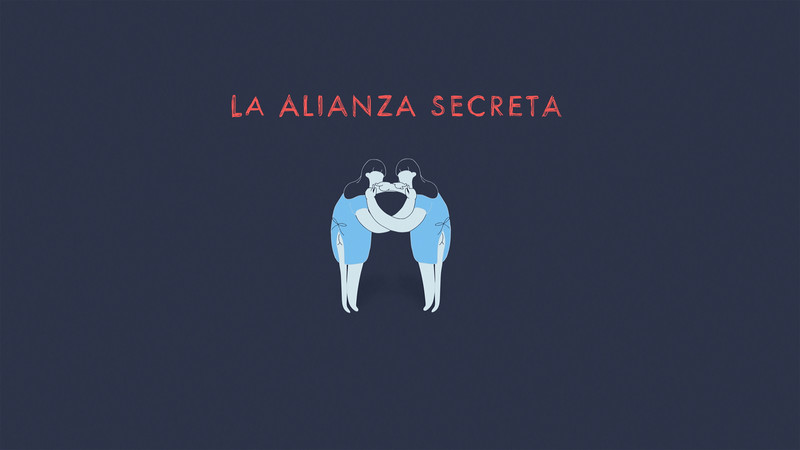 Las Del Diente
Director: Ana Pérez López
Duration: 5:28
Spain
Girls are weird. Babies are weird. Bodies are extra weird. “Las del diente” is a film about now, a time when women are tired to choose between having kids and their careers. Days in which anomalies in the reproductive system are celebrated instead of stigmatized. 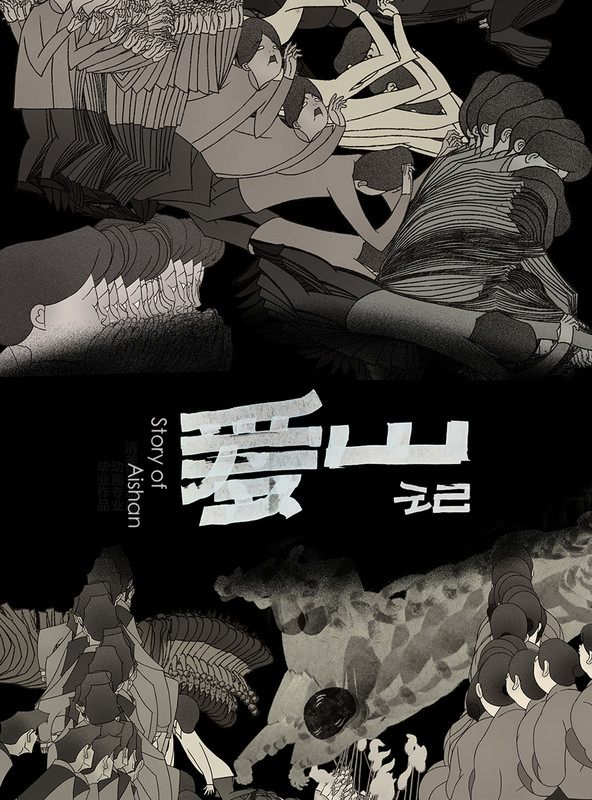 Story of Aishan
Director: Hong Jia Bao
Duration: 5:15
China
The is an animated documentary I made for my friend, who has suffered blindness since she was born. Light is the only thing she can perceive through her eyes. In this animated documentary, fragments of our conversations have been edited.All I want for this documentary is to let more people know about the hard life of my friend. 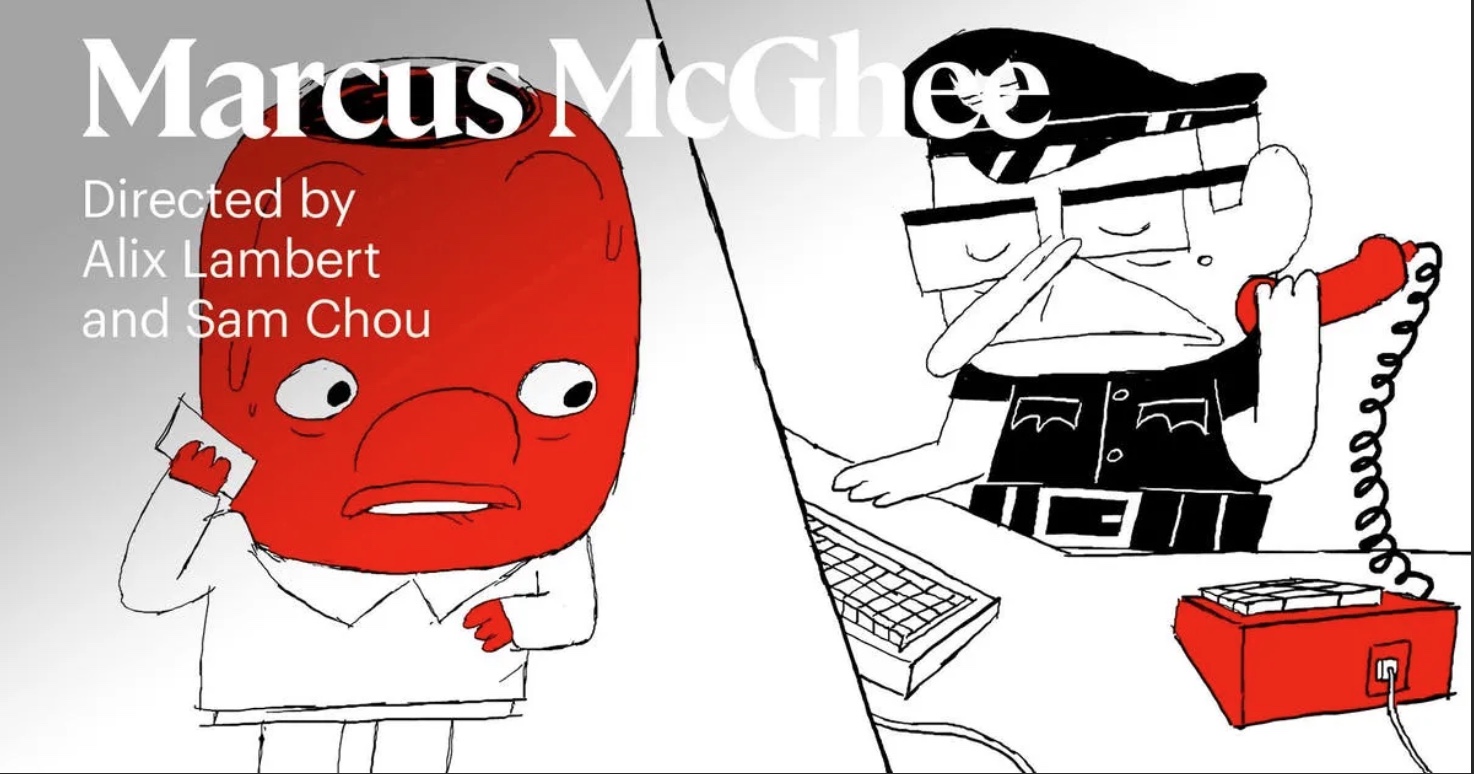